Can VRF overcome the chiller mentality in the Middle East?

Can VRF overcome the chiller mentality in the Middle East? 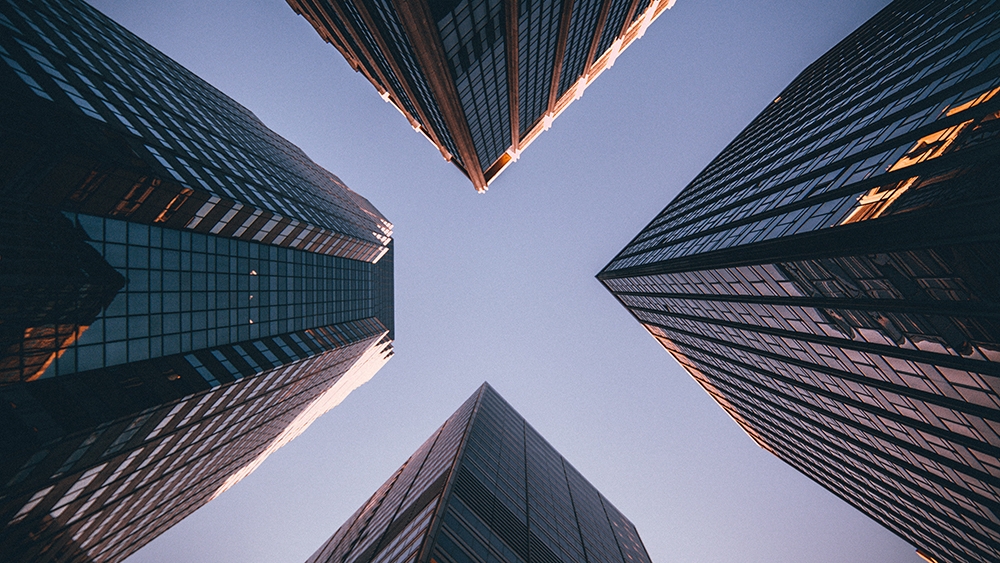 Even years after introduction of VRF technology to the region, there continues to be ongoing debate regarding its suitability for local projects. While much of the reluctance in the adoption can be attributed to lack of awareness on the benefits of the technology, campaigns from companies to educate the market have uncovered that a more pervasive issue is the region's short-sighted approach to project costing and traditional mindsets. Eurovent Middle East shares insights from experts. In the Middle East, the VRF vs Chiller comparison was, and still is, the subject of many studies regarding efficiency and efficacy, says Luay Ghussein, Senior Director Engineering, Taqeef. "We know VRF offers measurable savings in terms of space and cost in certain scenarios," he adds. "We also know it has some distinct advantages in terms of aesthetics, interior architecture benefits, size of the plant, flexibility, user convenience and ease of maintenance, given that the whole system will have one supplier. But there's still no definitive answer in terms of which solution is better as each project will have its own conditions and restrictions." 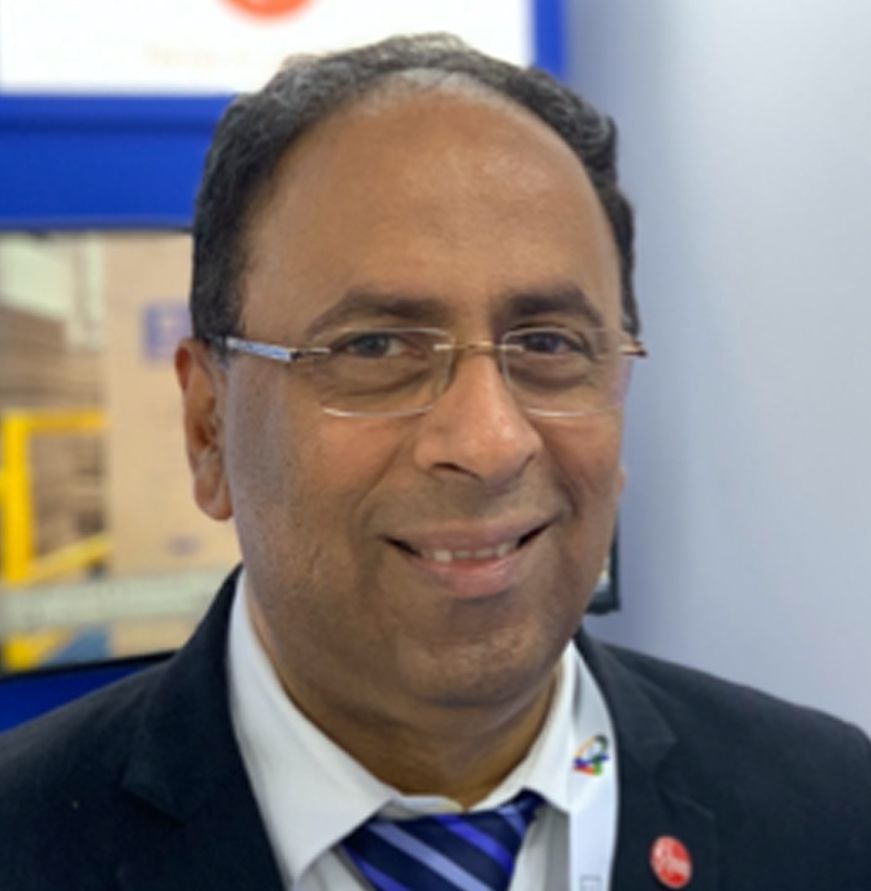 For Srinivasan Rangan, Director of Marketing and Product Management, Rheem, although every system has its own merits ideal for respective applications, he believes VRF solutions offer superior system efficiency due to advanced control features, invertor technology and multi-step subcooling arrangement.

“Despite this, Ghussein says an evident bottleneck for the adoption of VRF system is the "chiller mentality" prevalent among consultants, who are exclusively using indoor units that are bulky, loud, and require long ducts. "VRF indoor units, however, are way more versatile and offer more flexibility to the designer," he says. “For example, some indoor units have the option to be installed near the grilles, offering the advantage of being hidden, while eliminating the need for ducts since they have a low noise level.  And if using wall-mounted units, the building designer can save up to 40 cm of height per floor. For a 10-storey building, you can achieve height savings of 4 metres – equivalent to an extra floor."

Rangan remains optimistic that the system is emerging as an alternative solution in a segment traditionally dominated by chillers. "VRF offers significantly lower full-load KW/TR and partial-load power consumption when compared with conventional chillers," he says. "In addition, VRF technology is a sustainable solution, designed in line with the region's vision and international efforts to reduce carbon footprints." 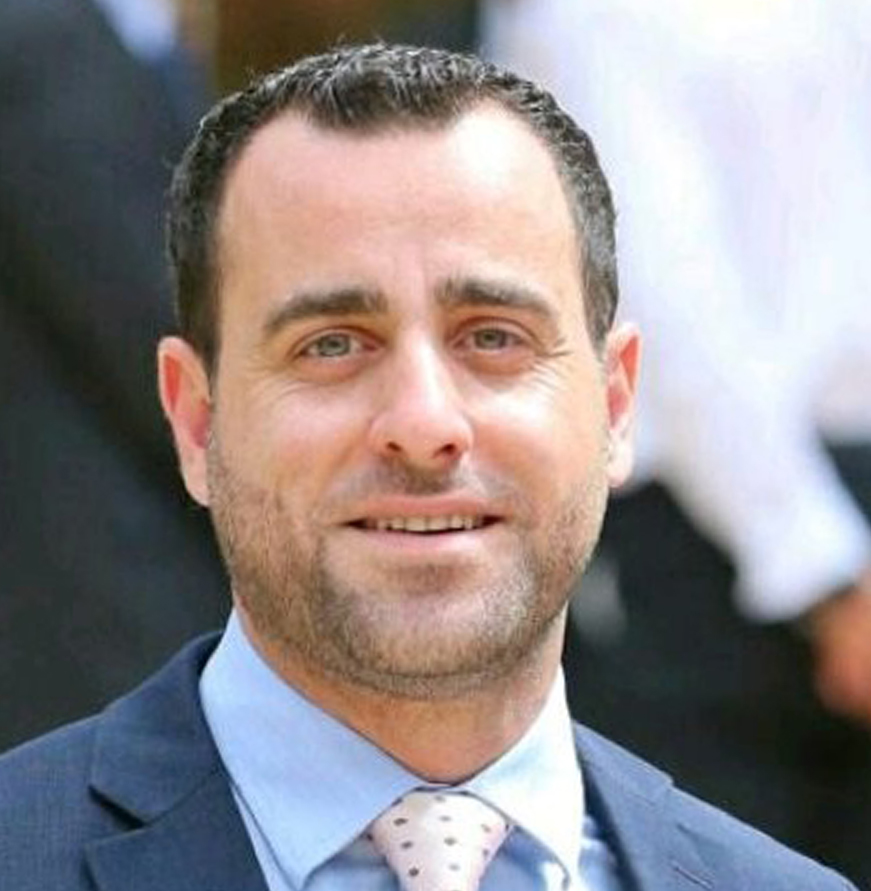 compared to chilled water systems and constant-speed single DX systems. "All of these features play an important role in matching the load required for each zone to ensure occupants comfort while benefiting from the block load for all zones," he says. "In addition, the sensory inputs from ambient and indoor temperatures and humidity levels along with customised energy management controls allow for determining the most efficient logic of operation in a real-time basis, reducing lag time and wastage of energy."

Ghussein says they are currently working with the Fraunhofer Institute on their own study, to highlight the undisputable benefits of VRF in terms of cost and efficiency gains to the market. "The challenge really is to ensure we're using the technology to its full potential, and I think we have a long way to go in this regard," he says.

Moving away from traditional mindsets

For many, the benefits of VRF systems can only be unlocked if the market moves away from traditional design approaches. Al Jurdy says, "We encourage exploring the flexibilities that VRF systems can offer in facilities where conventional systems have historically been the norm, such as data centres, high rise buildings and luxury hotels," he says. "As for retrofit projects, a like-for-like approach isn't necessarily always the best option. We have many successful retrofit projects where chilled water systems were replaced with VRF. The savings in retrofit cost, downtime and potential additional spaces brings value to the end customer and are appealing enough for engineers to consider."

Rangan adds that VRF technology has also been a more efficient solution for many horizontal and high-rise developments than conventional chilled water-based or stand-alone DX systems. However, Rangan says the fresh air (FA) system design should be in line with the applicable standards to avoid limiting efficiency gains. The correct coil conditions must be used to ensure that the recirculation units share no additional coil loads. "VRF has a limitation on the FA to FCU ratio of 30% within the same system so the designers should keep these limitations in mind when designing any project, "he says.

Rangan adds that design optimisations can be achieved using the selection software and that the diversity factor should be used carefully. "It is also important to remember that the products should be of the T3 design type and not T1 for the GCC region," he says.

For Al Jurdy, the potential of VRF technology is especially evident when taking a lifecycle cost perspective, which, he stressed, should be a deciding factor when selecting technology. This takes into account savings in energy, service and installation costs, which, Rangan highlights, is significant compared to air-cooled chillers. "VRF systems have a lower initial cost, in terms of transformer saving and other electrical network sizing, and 22% lower KW/Ton energy consumption," he says. "This translates into lower lifecycle cost and cost of ownership."

Aside from these primary elements of a typical LCC analysis, such as supply, installation, operation, and service costs, Al Jurdy encourages customers to consider SEER in their operational cost calculations and expand such studies to include demolition and opportunity costs. "VRF systems do not require a complete replacement at the end of their lifetime," he explains. "The flexible and modular nature means that only some units need to be replaced at the end of their life, rather than the whole system. Moreover, demolition cost itself is lower and doesn't require heavy machinery to lift the units, reinforce the base or build complimentary safety systems and mechanical rooms to house the equipment and other auxiliary systems for the hydronic loop."

Considering these factors, Rangan cites the payback of VRF systems to be anywhere between 5 -7 years, compared to chillers, which can be exceptionally favourable in areas with higher power costs. Ghussein says that they typically see a return on investment in under five years for their VRF installations. This timeframe can be accelerated depending on the nature of the project.

However, despite this attractive payback, Ghussein says that the reality for most projects in the region is that most people place greater value on CAPEX, rather than OPEX. He adds that this situation is further aggravated by the fact that there is no regulation about running costs. "So, although the ESMA regulation is continuously asking for higher Minimum Energy Performance Standards (MEPS) to enter and operate in the country, there is still no incentive to use the most efficient machines in the market," says Ghussein. "This is a challenge that needs to be addressed."

Challenges related to standards and regulations

Standards and regulations as a vehicle to adopt more efficient technologies continue to be a ubiquitous narrative in the industry, largely due to the lack of education and understanding in the market. Ghussein says this confusion is often a barrier to change and improvement. "For example, many consultants are still not aware that the local certification schemes like ESMA and QCC should actually be considered as a "Third-party certificate".”

For Rangan, this is a lost opportunity considering many VRF systems can meet and exceed regulatory requirements in many GCC countries, not just ESMA and ADQCC in the UAE. He points to SASO in Saudi Arabia, MEW and PAI in Kuwait, and the CB Scheme on electrical safety as examples of regional regulation pertaining to these units' energy efficiency and safety compliance.

Al Jurdy, however, says the VRF market's increasing pace of growth is also a challenge for international regulatory agencies, consultants, and contractors alike. "While some were agile enough to cope with these changing market trends, we still had to deal with some misconceptions with regard to the VRF systems' specification, installation and operating parameters," he says. "Some of the common misconceptions in the market relate to VRF limitations in terms of a building total load, usage and height."

Such misconceptions can be attributed to limited knowledge on available VRF control solutions in the market, says Rangan. "Lack of expertise in installation, testing and commissioning result in lower system efficiencies and higher maintenance cost," he says. "Appointment of the HVAC installation contractor should be based on training history and experience. VRF installation should only be performed by professionals who are factory trained and certified based on the type of VRF system being implemented."

This is where manufacturers can fill the gap, says Rangan. "In our view, manufacturers' involvement and guidance on the various aspect of system design is a healthy approach which results in the correct use of the technology which can benefit the end-user," he says. "We urge consultants to follow the manufacturer's recommendation in designing the VRF system to get the maximum benefits of various features and aspects of this technology."

Ghussein also believes cooperation is the best way to overcome blind spots leading to inefficient practices. "Consultants should collaborate more with HVAC experts, manufacturers or suppliers to understand the scope of new technologies such as VRF. Over-regulation doesn't foster innovation or competition -- and that's what's needed to make energy efficiency in HVAC the standard and not the exception. With that comes a whole host of other benefits to the building owners and the end-users too."

While consultants in the Middle East are key decision-makers when it comes to choosing and designing these systems, Al Jurdy says the nature of VRF systems state the need for the manufacturer to be involved since day one as each manufacturer has their own design software and will need to provide actual layouts, capacities, and installation recommendations to the consultants. "It has always been a collaborative effort between the two to make sure that the system is designed and installed according to the manufacturer's recommendations," he says.

Ghussein highlights that in Europe, manufacturers usually provide design while consultants just state their requirements and let the producer decide on the system layout and components. "This often leads to a more diverse and specialised selection - where designs are fit for purpose," he says. "However, it's not an approach that's followed in our region. Certainly, having HVAC expert input at the point of specification could be a way to ensure more efficient designs and to make sure technology is used to its full potential.  We all too often see systems specified which aren't optimum for the standards, space or outputs required."

Rangan adds that consultants should also use generic specifications to ensure the project is not dependent on one supplier. "They should consult three equipment suppliers for every project so that it can accommodate design flexibility and ensure the customer gets the best technological, commercial solution," he says. "Supplier experience of handling similar applications, after-sales service, installation and commissioning capabilities needs to be factored in the final decision-making process."

Aside from consultants and contractors, Al Jurdy highlighted the importance of a multi-faceted collaboration with regulatory agencies to ensure that all aspects of the VRF system are covered. "Through ongoing technical training, workshops and sharing best practices, we can definitely improve the standard specifications of VRF systems to reflect the dynamic nature of operation of such systems," he says.