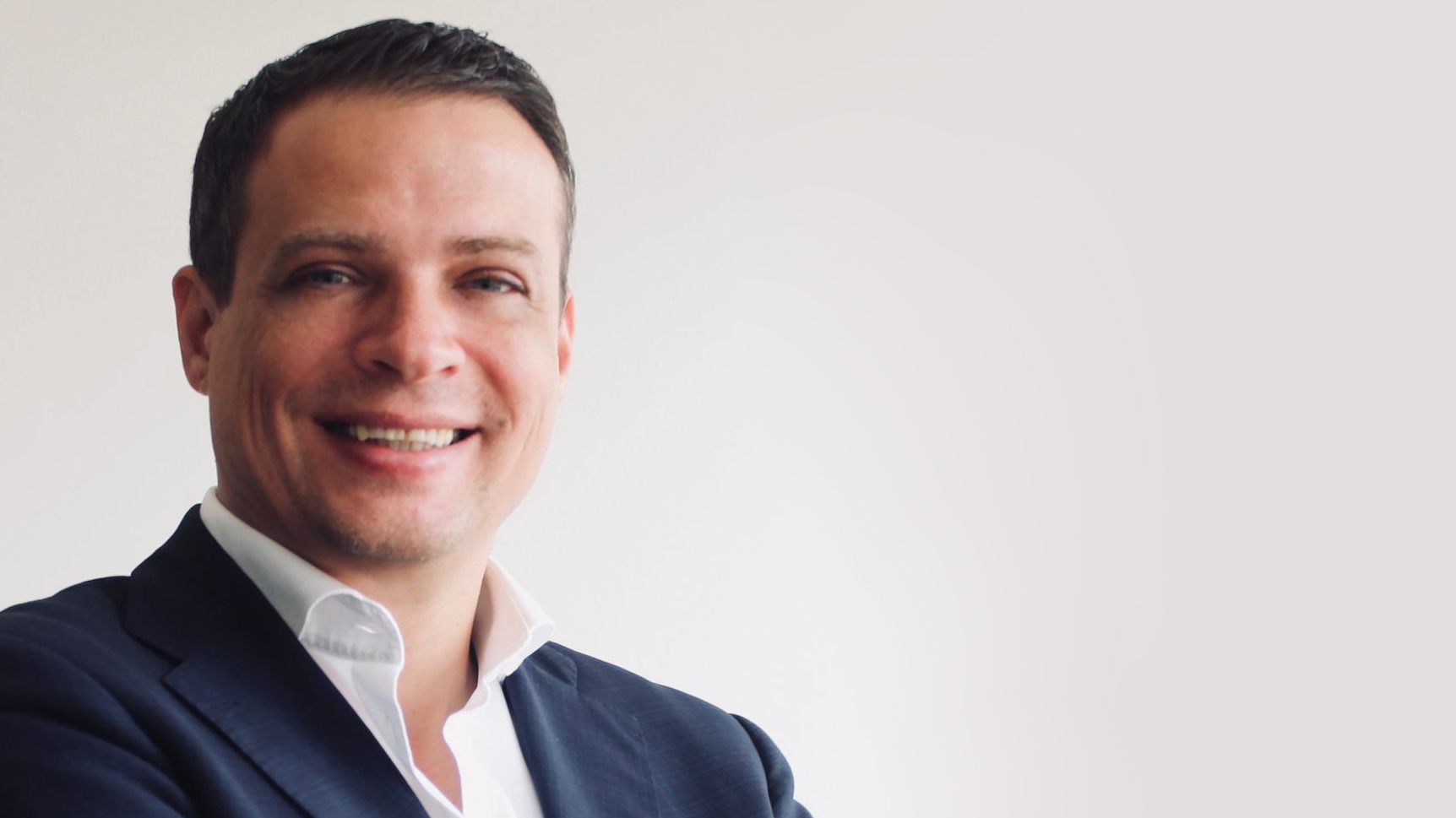 Eurovent Middle East’s 5 Year Anniversary Congress brought together more than 350 high-level stakeholders from government and industry to discuss a variety of important aspects impacting energy efficiency and sustainability in the region. Markus Lattner, Managing Director of Eurovent Middle East, elaborates on key takeaways and possible initiatives resulting from the event.

Let me start with a very personal view. Throughout my professional life, I have witnessed hundreds of conferences, congresses, exhibitions, and discussions with next to no consequences and outcomes. In many cases, they were repetitions of same old pearls of wisdom and conclusions, much applauded but without effectively bringing change to any of the issues discussed.

In fact, when I conceptualised Eurovent Middle East in 2016, I kept asking myself what is it that such an association should actually add to the market. And the one answer standing on top of everything else was: Change! We don’t need more conferences, we don’t need more talk, we need action. This maxim has since been the underlying principle of our work at Eurovent Middle East.

The conclusion of our 5 Year Anniversary Congress thus is not a celebration of a nice event. Rather that we have a whole new road map of initiatives before us which will guide our work in the years ahead. I applaud all our speakers and panellists who contributed to shaping a better understanding of where we stand and of the barriers in front of us on the way forward.

The opening of the event with the presentation of Eng. Khaled Klaly of the UN Environment Programme served as a clear warning: we are nowhere close to achieve the targets to curtail global warming. Eng. Klaly emphasised the importance of industry associations in the battle for more sustainability. But it is worth taking a closer look at what such associations bring to the table in helping address the issues brought up during the congress.

We are witnessing a proliferation of groups, initiatives, and organisations dealing with climate change. As much as this is necessary and important, it also obscures clear pathways towards coordinated and structural change. “Too many cooks spoil the soup”. The same goes for the industry as well. Most players promote energy efficiency in one way or another. But it needs coordination to make these messages heard and understood. This is where industry associations like Eurovent Middle East play a crucial role. We channel the efforts of many into a strong targeted initiative.

In my presentation on Energy Efficiency in the Middle East – Missing Links, I highlighted that we need regulatory intervention on many different levels and in many different areas. We must deal with a multitude of government bodies if we want to improve regulations set to increase energy efficiency. The call for an “HVAC ministry” mirrors the demand for a coordinating body on the government side.

This is one of the key takeaways and conclusions of the congress, which we are currently following up on. The call made during the event has prompted interest from government representatives to initiate a task force under the auspices of a leading government body. This task force would identify relevant other bodies and private sector stakeholders to discuss ideas and suggestions on how to curb energy consumption with simple means and what kind of regulatory intervention this requires.

There are many such ideas and suggestions on the table. From shading of equipment to mandating commissioning independent from contractors. Minimum qualification requirements for technicians, documentation and supervision of operating protocols, or moving maintenance contracts from a cost to a performance base. Each of these measures would have immediate and significant effects on energy consumption and would shift attention to life cycle costs, which would be important to shift towards better performing products.

The second takeaway is the need to work more on the CAPEX mindset in the region. In this regard, it needs more real-life examples, calculations and perhaps demonstrators to highlight the benefits of the total cost of ownership approach. It does not help that investors aren’t usually the ones paying the price for low quality and efficiencies. But the deterioration of building conditions and the subsequent drop in space revenues may offer a chance to argue for more careful consideration when selecting HVAC equipment and services.

What Eurovent Middle East can achieve here is mostly restricted to messaging. But there are aspects which hold potential for regulatory intervention. Especially for existing build stock and the problem of maintenance and retrofitting, variable energy pricing could provide a key to better energy performance. Coupled with performance-based maintenance contracts, utility companies can add leverage with increased energy costs for excessive consumption.

A similar avenue is provided by retrofitting. As Frank Grundholm, Board Member of Eurovent Middle East, pointed out in his presentation, more than 90% of our current buildings will still be in operation in 2050. Tearing them down and replacing them with better-performing buildings is not an option, so we need awareness that constant improvement of buildings is the only way to achieve any sustainability targets we may have.

The European Building Performance Directive could serve as excellent guidance to formulate a similar framework in the Middle East. To succeed, however, governments also need to consider more incentives for retrofits. Such incentives don’t need to be in form of direct subsidies but may be based on price penalties for energy consumption exceeding established baselines.

A case for building inspection

Another tool to drive awareness of operating costs and to stimulate retrofits would be provided by mandatory building inspections. In 2019, Eurovent Middle East published a position paper which perfectly summarises the issues and benefits a regulatory intervention would achieve. With a recurrent inspection routine, we would quickly see the shift towards quality equipment and service providers. Simply because the life cycle costs become more important than the initial investment.

There are numerous other significant advantages to introducing an inspection regime, including better operational and fire safety, improved occupational health, food safety, stimulation of the economy and the creation of quality jobs. The data collected by such means would provide governments with essential information on which to base next-generation regulations for years to come. The Position Paper can be downloaded here.

Market surveillance remains an issue in the region. Introducing MEPS for air conditioning equipment is a good and rightful step. Its impact on energy efficiency, however, will be limited without a better regime of market surveillance.  The key issue is that due to a lack of testing facilities, the region depends on pre-market testing. That means manufacturers need to go through Notified Bodies and individual product testing to prove compliance with regulations.

This provides only a relatively low level of confidence in compliance. It is too easy to find workarounds or declare different values at the point of import and the point of sale. Without random factory audits and the selection of equipment directly from the line, such pre-market assessments aren’t delivering the level of fairness in a highly competitive environment it would need. On the contrary, it sometimes puts manufacturers of high-performance equipment at a disadvantage, as they have to compete with too many low-performing products in an extremely price-sensitive market.

When it comes to heavily customised equipment, such pre-market testing becomes even less effective. It’s not economically viable to have every single unit tested and doesn’t allow for any comparison between different manufacturers. Such comparison, however, is essential to empower customers to make decisions based on performance data rather than price. And let’s be honest, there isn’t much to do in terms of market surveillance for customised equipment.

Here the value of independent third-party certification becomes clear. The market has long depended on certified products for a simple reason: It assures planners and buyers alike that the claims of a manufacturer are valid, and they don’t end up with underperforming machinery. Certification allows one to compare products from different manufacturers and choose the solution with best price and performance for a project.

The confidence level provided by certification is way higher than by simple pre-market testing. Thus, it would be a prudent step by governments in the region to rely on existing and accepted certification schemes and reserve limited budgets for market surveillance for uncertified products. This would also relieve certified manufacturers from excessive additional testing costs. Costs which do not provide any additional advantage other than being able to sell into comparatively small markets.

As mentioned in the introduction to this article, there is a need for tangible results, not just an additional forum for discussion. The feedback we have received is outstanding and extremely positive. It’s not just a pat on the back but an active interest in future cooperation and joint initiatives by several organisations and government bodies. Eurovent Middle East has noticeably grown and matured, and we are set to open the next chapter of our work.

And while it may take its time, in the spirit of cooperation, collaboration, and co-creation we are in exchange with various government organisations to build on the outcomes of this event. We are also working with fellow associations like ASHRAE and AHRI on joint position papers. The key takeaways of this congress will not be lost but turned into the foundation of our next five years.

I thank all speakers and panellists, all our members for their efforts and support, as they have greatly contributed to the success of this event. It shows dedication, commitment, and a true interest in the region’s development. Our members do not sit on the side-lines but stand up for the common good and show that by working together we can achieve.

The pandemic has been a reminder: the cheap way will cost us dearly; we can’t afford this. If we want to see a shift from cheap to quality, from value engineering to engineering of value, then we need more such commitment. If I must summarise our 5 Year Anniversary in one word, it would be: VALUE! Thanks to our members, speakers, and the team, Eurovent Middle East has led by example and brought value to the region’s HVACR community.