The GCC region’s complex journey of phasing down F-gases

The GCC region’s complex journey of phasing down F-gases 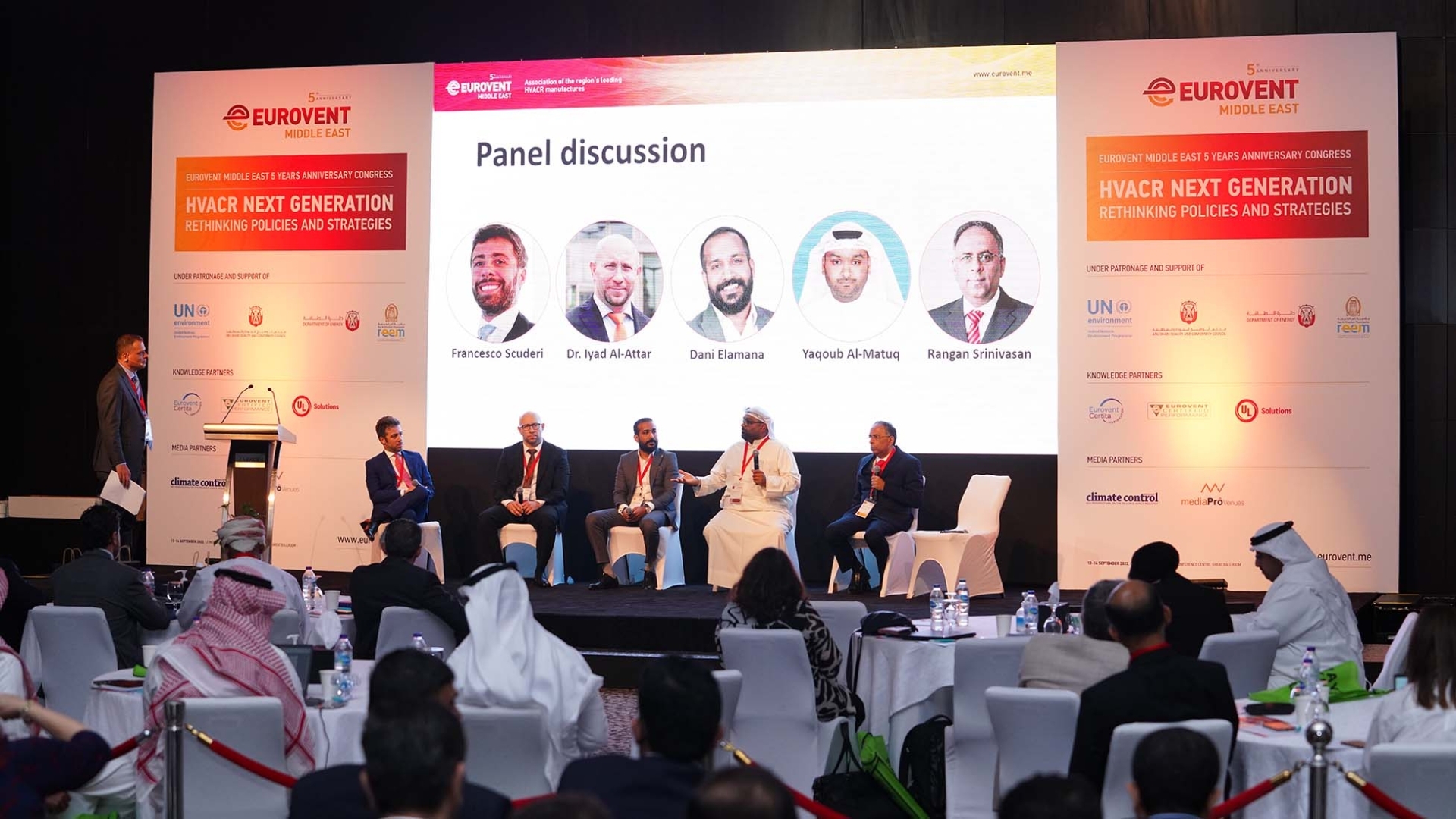 The GCC region has a long road ahead when it comes to phasing down F-gases in line with the targets set by the Montreal Protocol, largely because of the region’s heavy dependence on the cooling sector. Experts weigh in on the complex issues that exist in the market, what problems must be addressed and what support is needed from manufacturers and governments to support the transition.

The region has a long road ahead when it comes to meeting its targets to phase down F-Gas. Although the deadline is still some years ahead, the region’s heavy dependence on cooling, compounded by unsupportive market practices, makes the transition particularly challenging. 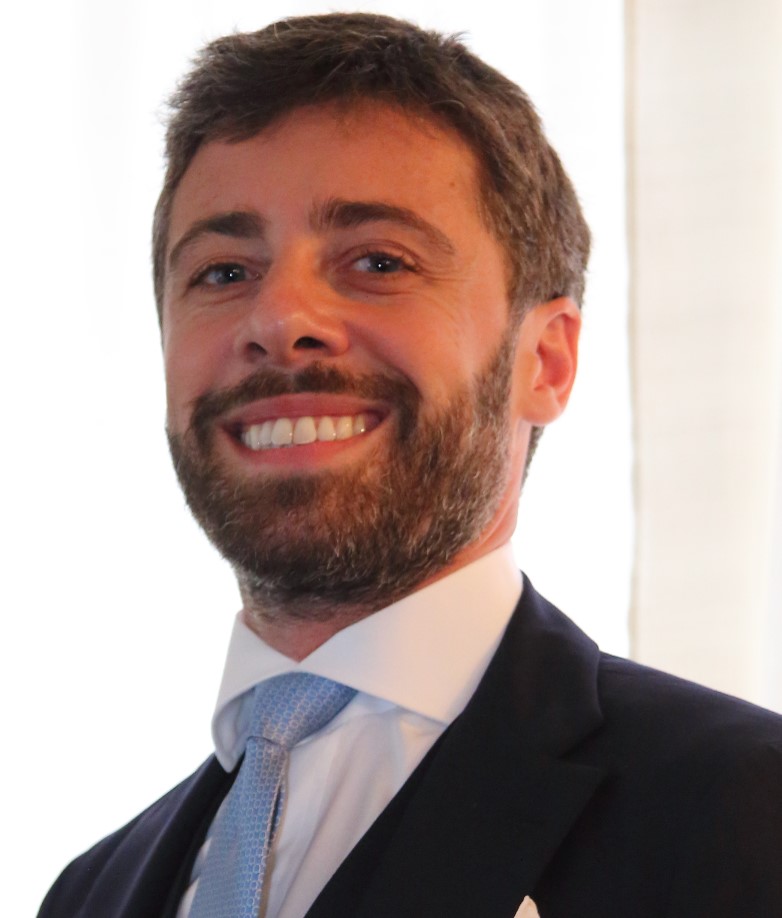 Francesco Scuderi, Secretary General, Eurovent, believes that the region could greatly benefit from following the European approach, which he describes as in line if not better than what was forecasted in the Montreal Protocol. “I don't see any reason why the GCC region should not follow the same path,” he says. “The technology is there. The industry is extremely well-prepared. We also have seen that cooling technologies are picking up in terms of innovation. It is also a sustainable path that is paying off. It's an approach or a strategy which may place the Middle East region at the forefront of the Kigali Amendment and helping them do better and better than other countries.”

A critical look at existing technologies 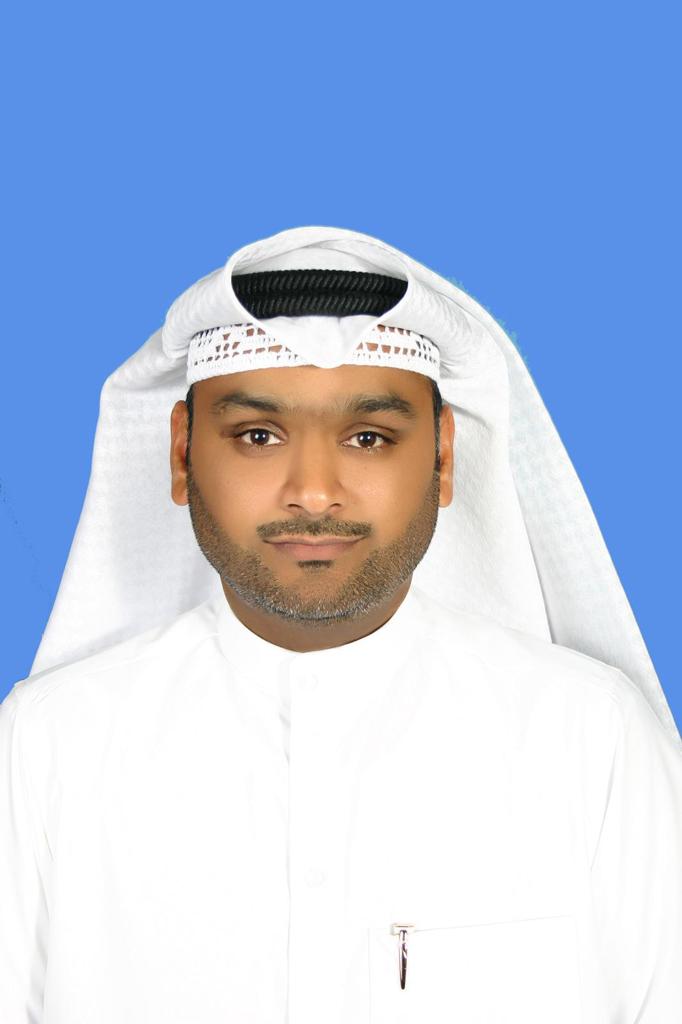 Yaqoub Al-Matouq, drawing from his experience as the National Ozone Officer for the Environment Protection Authority (EPA) in Kuwait believes entrenched problems are more complex, elaborating further on the issues facing the GCC region. In 2016, he says, Kuwait and Bahrain embarked on a project under United Nations, wherein EPA determined that the region could not follow the same timeframe as the European Union. Al-Matouq points out that under the Montreal Protocol itself, ten countries get exemptions from applying the dates. “How did that happen?” he asks, “It’s because none of the 148 countries could support us with technologies for air conditioners that work with high ambient temperature countries.” Sharing his observations from visits to Europe, China, and the US, Al-Matouq says while there are suppliers with air conditioners that work with high temperatures, it can’t reach Kuwait’s requirement for 55 degrees C weather. “There is a push to put a policy to adopt something that we are not ready for,” he says, adding that the supply chain for efficient systems carrying low GWP refrigerants cannot meet the needs of the Middle East as it stands today.

Al-Matouq adds that adoption is another critical point, and that it’s important to get it right the first time. “We have to be very careful in our approach,” he says, “because the culture of the people of the GCC is that if there is any issue leading to flammable air conditioner, nobody will use this technology again, or when we adopt a technology it needs to be totally safe and confirmed, so reviewing and updating the issue is the first solution. But for us, we are ready. Whenever the technology is there, we are ready.” Al Matouq says that despite the current situation, they remain optimistic as they understand that sectors can easily shift. 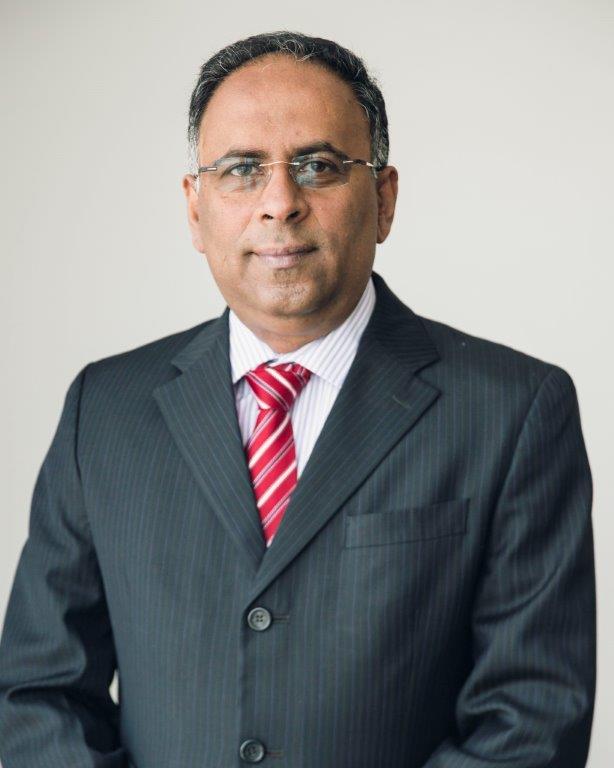 Weighing in, Srinivasan Rangan, Member of the Board, Eurovent Middle East, provides an outline of issues that manufacturers contend with in their efforts to be in the best position to provide these solutions to the market. “The first thing that would come to our mind is how does the refrigerant perform in high ambient conditions?” he says. “That's the first thing you see because it’s actually extremely unique. We must rate products up to 52-55 degrees C. So, the performance of the refrigerant is one of the most important things.”

Rangan says that, secondly, manufacturers need to know where governments want to go in regards to global warming potentials (GWP). “Are we trying to aim at 150 or are we trying to emit 750?” he asks. “If that is very clear, then it gives a clear path to prepare their roadmaps moving forward.” The next issue he says manufacturers contend with is availability of the key components such as the compressor. “You have to make sure that you have the entire supply chain serving the market because it's not just about the first-time sale, it's about continuity of the sale,” he says.

After qualifying all this, then you start to look at the properties of the refrigerant itself, Rangan says, adding that this takes into account safety, toxicity, flammability, and so forth.“Then you have to look at the system pressure,” he says. “Once we have gone through all this, then you have to look at the necessary codes and compliance to codes moving forward. When you go into the cycle, it's about training the operators, installation, serviceability, and subsequent maintenance. This includes logistics of handling the refrigerants, storing the refrigerant and, moving forward, recyclability. Getting hold of this refrigerant, reclaiming and reusing it - these are the important things that need to be considered.”

In outlining the process, Rangan stresses that the conversation should be expanded to consider the whole ecosystem. “The industry is not just manufacturers,” he says, “It's all of us, the users, the component and equipment suppliers -- everybody. And it's a journey that all of us must take together, it's a commitment from everybody to have a very positive impact on global warming.”

‘We are not a priority for manufacturers’

Al-Matouq likens the situation to a vicious cycle. “It's a triangle among the manufacturer and supply chain, the users and the economies of the countries,” he says. Al-Matouq calls it a chicken and an egg scenario: “The designer doesn’t want to design the equipment because they might say they want a refrigerant, when we go to the guys who manufacture the refrigerant, he says, “I want the compressor, and then it just stops.”

Sharing his personal viewpoint, Al-Matouq says that even though cooling is so critical to survival in the GCC region, the market remains too small for most manufacturers. In 2019, he says the GCC region imported 11 million units, while China imported 181 million units. “Do you think that the manufacturers will think to put all their effort into developing a unit for the region?” he asks. “We are not a priority for any manufacturer.” Al-Matouq adds that the GCC region also typically adopt technology later than most. “And when we start using this technology, then the political issue comes, and we have to change,” he says.

Despite his experience, Al-Matouq remains optimistic, believing collaboration is the way forward. “Let's cooperate together, and let's keep it a very open line that this is the reality, and we have to deal with this reality, and this is what we are doing that’s why we hold the meetings we have.”

The need for further discussions to close the gap

Scuderi weighs in to say that he empathises with the challenges the Middle East market is facing. “What you are expressing, lack of availability of components, skills and so on. It is exactly what happened in 2014 at the European level,” he says. “We had exactly the same kind of concerns. We didn't find compressors and components. It was difficult to design a new system. I think that this is one of the reasons why we have Eurovent and Eurovent Middle East supporting this kind of exercise. We can make use of what happened in Europe. We can use the skills to let local people put everything together. The scenario is feasible, it's a matter of working together jointly. We can do it!”

Rangan further adds that suppliers themselves must also push for more energy-efficient products and differentiate themselves from others to offer more value to the customers. Rangan adds that as 2028 F-gas phase-down comes closer, there will also be a natural transition as more awareness would drive people to future-proof their purchases. “The life of an air conditioning equipment is anywhere between 10 to 15 years,” he says. “As we are moving closer to the Kigali agreement enforcement date, automatically, the shift is going to happen because, globally, suppliers are going to start having more eco-friendly options, with comparatively lower GWP refrigerants. The issue is whether we can expedite and do it faster than what are the set dates. All of us have to work together, create an ecosystem for all of us for this transition.” 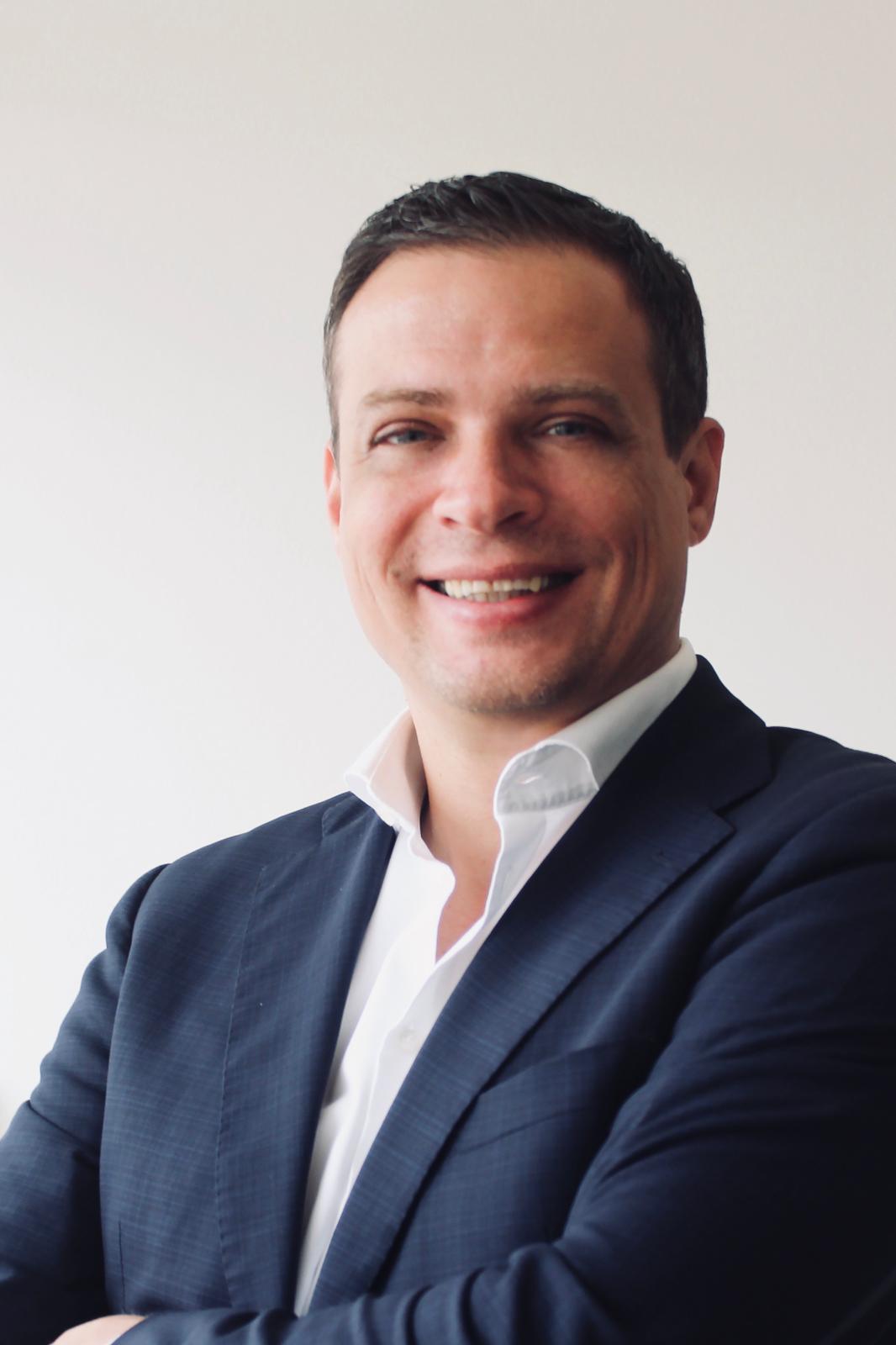 Markus Lattner, Managing Director, Eurovent Middle East adds that having such a discussion is why it is critical to make the Middle East a partner on a more global stage. “We need to make the voices and the opinions and the conditions in the Middle East heard and understood. And that works only through internal channels, through technical committees where we send the right people there and give feedback of what is not being justified to be copied or applied to this region.”

Emphasising on this point, Lattner pointed to recent adjustments in certification programmes by Eurovent and AHRI to reflect the conditions in the Middle East. “Just by establishing Eurovent Middle East the whole region already received better attention in international technical committees and made these two organisations aware that these adjustments were required.”