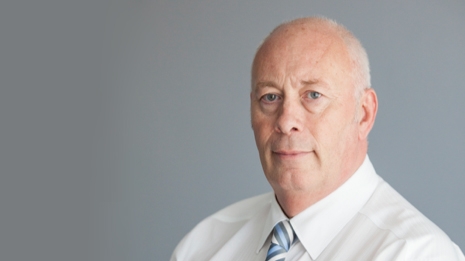 In this candid interview, Brian Suggitt, formerly of Systemair Middle East, now General Manager for Al Bunyaan Trading LLC, a major trading and solutions provider based in Oman, and former President of Eurovent Middle East, reflects on the progress the Association has made since its inception and calls for members to stand together in order to weather the storms facing the HVACR industry.

You have been with Eurovent Middle East from its very inception, taking on the role as Chairman and then President. Could you speak on the progress the association has made over the years?

There was a lot of scepticism at first surrounding how an association would work and if it would work, when other industry associations had failed in the Middle East. Overall, people were waiting to see what would happen, but very quickly we found footing and that’s how we could do what we did. The inroads we made with ministries and governmental bodies, such as the Emirates Authority for Standardization and Metrology (ESMA) and Abu Dhabi Quality and Conformity Council (ADQCC), were quite substantial and expedited rapidly. Over a period of time, people could see the benefit of what we offered and how we offered it to the market. The educational seminars serve as an example of this. When we started, we were attracting around 80 people and it grew to around 160 attendees. The people and the market recognised the importance of these educational seminars, and the spin-offs were invaluable to the members and to the industry.

We made excellent progress and I was extremely satisfied with the effort made by all and the results we achieved with that effort.

Can you share some insight into the early days? What prompted the establishment of the Association and in what ways did you feel it would contribute to the goals of HVACR companies operating in the region?

I think, first of all, Markus was the driver of that. He saw, through his knowledge of associating with people and Eurovent, that this was an opportunity for companies in the region and he moved forward quickly. I’ll credit him for being the one who initiated and moved forward with this idea and I believe the results are evident today, because there was nothing there previously. It’s as if the pages were floating in the wind and there was no glue sticking them together. Someone needed to get it together and make a book out of it. So, that’s what we did.

It was exciting to see what we could do, and we got a response, not just from the industry itself, but from external bodies and associations and then it spread out from UAE to other countries and we developed members from other countries. It was a dynamic event welcomed throughout the region.

What was the contribution of Eurovent Middle East in the context of your former role as the MD of Systemair?

Being part of Eurovent Middle East allowed independent companies to have a major voice. There are instances where a lot of companies may be internationally or regionally recognised, but governmental bodies would not necessarily entertain them because they are seen as a commercial enterprise. In this case, Eurovent Middle East could speak on behalf of those members and go forward in a non-commercial aspect and you can go the technical, non-commercial route. Being part of a globally accepted body gave companies more strength.

From a Systemair point of view, it showed we cared for the HVAC industry, and we were not just there to supply products. We were there to support the industry and uphold the key pillars we stood for, which is IAQ and energy efficiency. And we knew the best way to do it, not just because we are following European standards but for Systemair that was there in-built as a company culture even without the regulation. It was a huge benefit for us to have this globally recognised body that stood for the correct principles to improve standards for everybody and to level out the playing field for European standards, as much as American standards. We didn’t want to replace those standards; we wanted an equal footing, and we were able to work on that.

Overall, could you share some insight on the progress and positive changes that come as a direct result of the initiatives set out by Eurovent Middle East?

I think that having ADQCC reaching out to ensure they got the correct regulative standards for air handling units is a good example, because there wasn’t one and now there is -- that is a major step forward. ADQCC and ESMA wanted to ensure they had the most energy efficient products, and we went as a uniform body to put that forward and lay a format for a standard that can be used as a regulation, which helped the market. For sure, that would go on to improve the products that should be supplied to that market, thereby improving energy efficiency and we were instrumental in putting that together. That was a key achievement that had a definitive and major impact.

Another achievement is working with GSO and SASO when they initially brought in the G-Mark regulation. The HS code for all products was used as the basis to categorise products, which means that the HS code in fans covered everything from desk fans to large industrial fans, which can’t be tested or certified in the same way. We were able to talk to GSO and ESMA and explain that the industry couldn’t meet G marking requirements because of incompatible testing requirements, and it was changed-- that was us.

We have been able to work with various bodies throughout the GCC region and look at what’s happening with refrigeration standards and cooling standards and what the manufacturers can do to make sure they are compliant. We also presented papers talking about education and the need for maintenance – all of which are vitally important.

It’s an educative process really. And that’s the exciting part when people act, you know you did something right.

Truthfully, I’ve been in that industry for such a long time, and I have personally gained substantial knowledge from it. It gave me a lot of satisfaction to give something back.  Everyone gets to a point where you would like to be philanthropic; we should all do that. That point came at the right time. I’m happy to put in my time and effort to something that will benefit everybody.

What were the highlights and memorable moments from your time as Chairman and President of Eurovent Middle East?

In all honesty, it’s the people, it’s all about the people. I think the most memorable parts include meeting such a diverse group of professionals and blending them together. That, to me, is memorable. The best part is just being able to work with colleagues and friends. We worked hard together to achieve our objectives and relaxed together socially as friends.

I also enjoyed the seminars; I got a lot of satisfaction from being able to meet so many interested and interesting people. It was enjoyable. It was great to see how differing viewpoints were brought together to a singular cause and thereby gaining greater knowledge.

It just gives you pride to know that your peers and colleagues trust you to represent them in the correct fashion -- that’s the most memorable and enjoyable part.

How has the Association been dealing with the changes in the industry and the region in view of COVID-19?

This year has brought about unforeseen challenges to us all, as individuals, families and in business. Eurovent Middle East, through its excellent global network, has been able to assimilate and bring together a substantial amount of valuable information regarding improvements in ventilation that everyone can benefit from.

By drawing on the expertise and knowledge of its member companies, the Association organised and disseminated reliable technical information with the aim of helping everyone improve their ventilation requirements. The Association also proactively supported and encouraged all stakeholders to ensure projects and developments are equipped with the best possible air quality that will help in fighting off the dreadful virus that has caused so much personal and economic damage to us all.

The distribution of this information through various platforms, media agencies and virtual events was an important initiative from the Association and we, as an industry, need to be able to follow the guidelines and recommendations. As ventilation design and standards change in the ensuing years, the HVAC industry, through Associations such as Eurovent Middle East, needs to drive that change.

You are in the middle of a transition period as well, correct? Could you talk to us about your new role and the company? What are you excited about in this next chapter?

I have thoroughly enjoyed my time with Systemair and particularly with Eurovent Middle East. But now I move on to another phase of my life, my career. I have recently joined AL Bunyaan Trading LLC in Oman, a leading supplier and solutions provider in the fields of BMS, home automation, Acoustics, Smart Building Systems and, of course, HVAC. The company is extremely well-established and respected in Oman, with a diverse quality product range representing internationally recognised manufacturers. The objective is to grow and develop this excellent company

What are your hopes for the Association in the coming years, especially as we are undergoing such an unprecedented time, as an industry?

I think the hope is that people stick together and that what has been achieved is merely a starting point. To achieve and establish the longevity we have to keep building on what’s there, look at the opportunities to develop the educational and training side of things; look more in detail at refrigeration and cold storage and try to improve the standards of installations and maintenance. Those are all major issues that need to be addressed and I think Eurovent Middle East can do that in the right fashion. They have the people to do it. They have the companies to do it, but everyone has to keep working together -- do not start cutting corners or cost. Don’t do things that have a detrimental effect on Eurovent Middle East. The Association has to remain and be strong and be stable and only it’s members can do that -- they have to work together to make sure they develop what the industry needs, especially considering how far we have gone in a short span of time. Everyone in the industry is facing difficulty in many different ways – we are all in the same boat, we have to make sure we are all steering in the same direction.

Any message to the members as the association faces such as unprecedented time, on how to overcome challenging times ahead as a unit and as a cohesive body?

Be strong and be together. Keep enjoying yourselves and make sure Eurovent Middle East grows, develops and strengthens.